The arrival of American soldiers in the North Somerset village of Wraxall during World War II transformed life for local residents in years to come. The friendly invasion of US troops in 1943 was in preparation for the D-Day landings.

Prior to the Allied forces’ assault on the German occupation of France on 6th June 1944, Tyntesfield estate became a temporary home for 1,500 American soldiers. The village housed a transit camp with its own military hospital, the 56th General Hospital, caring for wounded and sick soldiers.

After the Americans had left and the war was over, the redundant hospital buildings were converted into self-contained homes, known as Tyntesfield Village, to help remedy Britain’s post-war housing crisis. 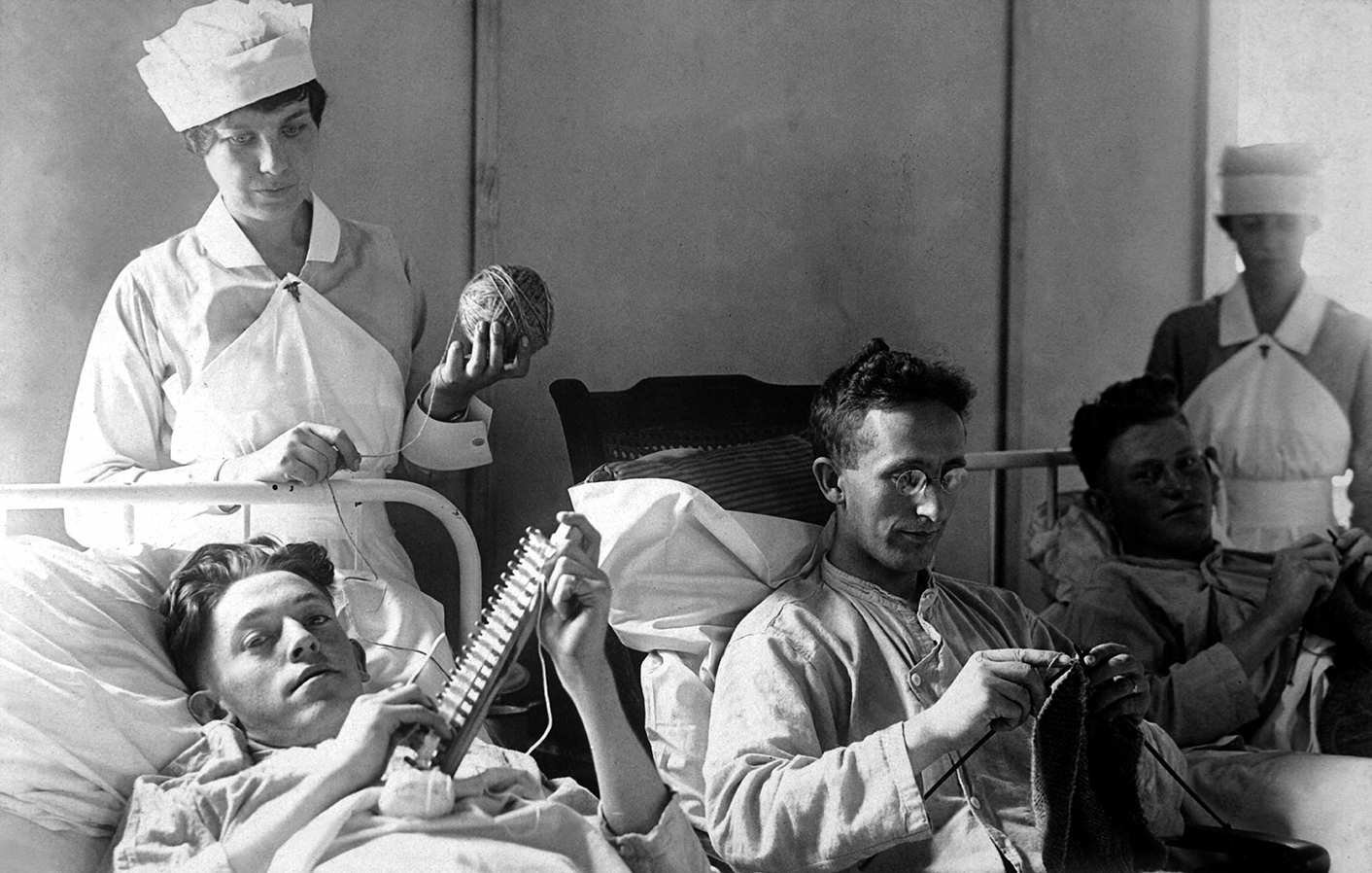 History of the hospital

Residents of Wraxall knew something was afoot in 1942 when builders started construction work on pastureland in the village.

This influx of servicemen led to a need for extra medical facilities, as the local hospital services would have been overwhelmed by the sheer numbers of service personnel needing treatment, including those who had been injured in their training before going to war.

By autumn 1944, the majority of soldiers training at the American camps had been moved on to fight in mainland Europe and the camps were largely empty.

The hospital later became known as the 74th General Hospital and cared for casualties from the war zones of mainland Europe.

Author Martin Bowman interviewed former US servicemen for his book, D-Day Dakotas, including pilots who had been shot down by enemy fire over Europe. One such serviceman was Captain Howard W Sass, of the 314th Troop Carrier Group, which was active in WW2 from 28th January 1942 – initially in the Mediterranean theatre of war.

The unit had moved to England in February 1944 and the pilots were trained for the invasion of western Europe. Captain Sass was based at a US military camp at Saltby, Melton Mowbray. His unit was responsible for dropping paratroopers in Normandy on 6th June 1944 and for flying a resupply and reinforcement mission on 7th June.

However, as his plane approached the drop zone, it was set alight by anti-aircraft fire. The radio operator in another US plane momentarily saw Captain Sass’s plane was well alight, describing the crew’s compartment as being covered in a “sheet of fire”.

The crews of other planes on the mission screamed at him to bail out but didn’t receive a reply. Nor did they see any parachutes exit the plane. The burning plane went down in a ball of fire and they feared their comrade was dead.

By some miracle, the impact of the crash landing catapulted Captain Sass into a nearby hedge and he survived, as it cushioned the impact. He remembered very little about what happened during and after the crash. He had been picked up on the ground and transported safely to the 74th General Hospital, where he was treated for his injuries and nursed back to health.

His unit didn’t know what had happened to him at first, but on 21st June, he had recovered sufficiently to contact Major Joseph McClure of the 314th Troop Carrier Group to say he had been wounded but was “much improved”. He was later flown back to the base at Saltby, before returning to the United States. He played no further part in the war due to his injuries.

Many of the facilities at the 74th General Hospital had been largely shrouded in mystery since the war, as it closed down in the summer of 1945.

However, the family of a former US serviceman stationed in Wraxall during the war, Commanding Officer Col Hyman Teperson, donated fascinating home movie footage of the hospital to the National Trust in 2016. Described as a “hidden gem” that “fills a gap in national archives”, it shows video footage of the day-to-day running of the hospital, including war casualties arriving, in 1944.

The video reveals the hospital had a dental clinic, ENT (ear, nose and throat) department, a laboratory, an orthopaedic clinic, X-ray facilities, a pharmacy, medical supplies and of course surgeons to carry out operations. It appeared to have 20 wards and a registrar’s office.

Although the medical staff operating at the hospital were US military personnel, a lot of local women served as nurses.

Life in the hospital

The silent footage shows dark green wartime trucks converted into ambulances arriving with casualties and being waved past the gate. Wounded servicemen are stretchered into the hospital building through double doors. In those days, they did not have the luxury of automatic doors: doors were often wedged open to allow the injured soldiers and medical personnel to pass through.

They were taken to an assessment room, where the extent of their injuries was assessed by an initial examination. The footage shows the injured men in long hospital wards, being interviewed by US military personnel, who were writing notes in pads.

Perhaps they were trying to discover the servicemen’s identities to contact loved ones back home. There are even sensitively-filmed scenes in the operating theatre, where surgeons and other medical personnel, including several nurses, are seen treating an injured serviceman by stitching up a wound.

In another scene, a patient has his broken leg plastered from thigh to ankle, while nurses are seen administering injections.

Other patients further on the road to recovery are seen completing light exercises from their beds as part of their rehabilitation: exercises include raising their arms and legs multiple times. Even soldiers who are in plaster from head to foot are seen wiggling their fingers or waving their hands as part of the exercise session. Some are smiling at the camera and morale seems high in general.

Later scenes in the video show the patients out of bed, back in their khaki uniform and taking part in ball games in the hospital grounds, including what looks like volleyball.

The importance of having this large hospital, filled with operating theatres and other modern equipment is apparent as the video progresses, as the hospital appears to be filled to capacity.

The Automatic Access team will be observing the 2-minute silence on 11th November, as we remember all those who lost their lives fighting for our freedom. Lest we forget.

This website uses cookies to improve your experience while you navigate through the website. Out of these, the cookies that are categorized as necessary are stored on your browser as they are essential for the working of basic functionalities of the website. We also use third-party cookies that help us analyze and understand how you use this website. These cookies will be stored in your browser only with your consent. You also have the option to opt-out of these cookies. But opting out of some of these cookies may affect your browsing experience.
Necessary Always Enabled
Necessary cookies are absolutely essential for the website to function properly. These cookies ensure basic functionalities and security features of the website, anonymously.
Functional
Functional cookies help to perform certain functionalities like sharing the content of the website on social media platforms, collect feedbacks, and other third-party features.
Performance
Performance cookies are used to understand and analyze the key performance indexes of the website which helps in delivering a better user experience for the visitors.
Analytics
Analytical cookies are used to understand how visitors interact with the website. These cookies help provide information on metrics the number of visitors, bounce rate, traffic source, etc.
Advertisement
Advertisement cookies are used to provide visitors with relevant ads and marketing campaigns. These cookies track visitors across websites and collect information to provide customized ads.
Others
Other uncategorized cookies are those that are being analyzed and have not been classified into a category as yet.
SAVE & ACCEPT